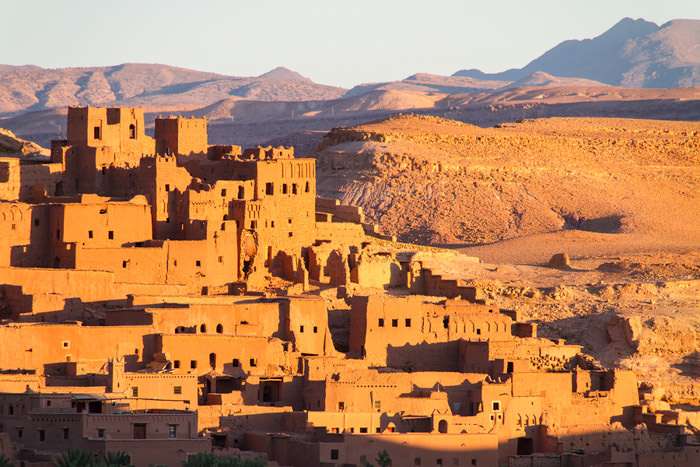 How much do you know about Morocco? Famous for couscous and its souks, an interesting fact you may not know is the Arabic name for Morocco is al-Mamlakah al-Maghribiyyah meaning Kingdom of the West. Many people visit this North African Country for their own romantic version of the Hollywood movie Casablanca, but did you know that it wasn’t filmed here? The entire movie was shot in California. Read on for 10 fun facts about Morocco!

1. Morocco has the largest desert in the world

The Sahara Desert can be found in Morocco. At 3.6 million square miles, it’s the largest desert in the world after Arctic and Antarctica – yes those famous cold deserts! A desert is an area that receives less than 10 inches of precipitation per year, so the Sahara is the world’s largest hot desert. 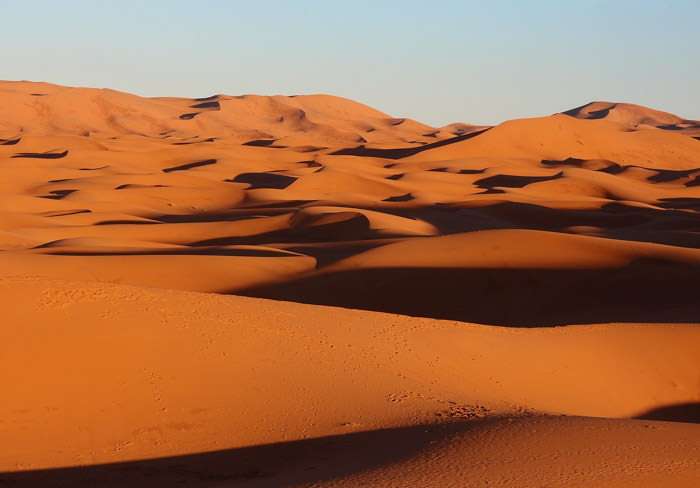 Nothing but sand in the Sahara Desert

“Sahara” is the Arabic word for desert, and its name is desert desert. It’s a bit daft when you say it like that! Due to its enormous size, it also borders Algeria, Chad, Egypt, Libya, Mali, Mauritania, Niger, Sudan and Tunisia.

2. Morocco has the world’s oldest University

The Kairaouine Mosque in Fez became the world’s first university. It was built in AD. 857 by Fatima al-Fihri, the daughter of a wealthy Kairaouine refugee. According to UNESCO and Guinness World Records, the University of al-Qarawiyyin is the oldest existing, continually operating higher educational institution in the world.

3 Morocco is the largest exporter of sardines in the world

South Africa and the Philippines may have the famous sardine run, but Morocco is the largest exporter of canned sardines in the world producing around 600,000 tonnes each year which are sold globally.

The blue painted City of Chefchaouen is located in the Rif mountains. There are many theories as to why the buildings are painted blue, one is it detracts mosquitoes (probably not very accurate accurate!). Another is they are a reflection of the sky and a reminder of God. 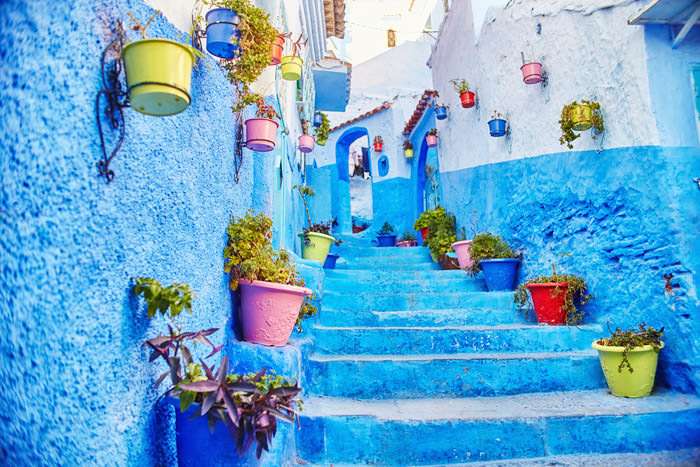 To maintain their color, the buildings are repainted every two years. Chefchaouen in Arabic means “watch the horns’ in reference to the appearance of the mountains situated over the town.

5. White is the color for mourning

In Morocco, white is worn when mourning, and a Moroccan widow will wear white for 40 days after her husband’s death.

6. Morocco is home to the world-famous souks

The souks in Marrakech are known throughout the world as a colorful place to grab a bargain. The souk at Jemaa El Fanaa is considered to be one of the most beautiful in the world, especially at night when you can enjoy a mouth watering Moroccan dish from a restaurant terrace.

7. Their national animal is extinct

Morocco’s national animal is the Barbary Lion, but none exist in this Country. A few places around the world claim to have Barbary lions in captivity, but sadly this lion became extinct sometime after 1922. 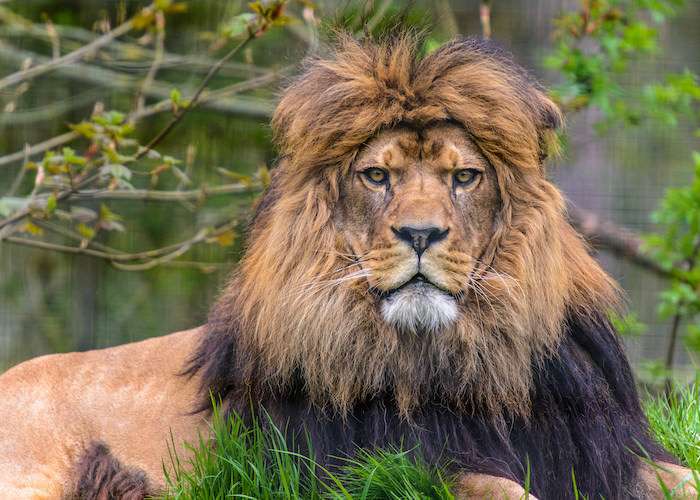 Barbary Lions were the largest subspecies of lion, and admired for their large size and dark manes. They battled gladiators in the Roman Coliseum, and even lived briefly at the Tower of London.

8. Morocco and the US go back a long way

Morocco was the first nation to recognize the newly independent United States in 1777. The friendship alliance agreed in 1786, is still in place today making it the longest serving unbroken treaty in US history. During both World Wars, the Cold War and Gulf War, they shared the same values for freedom, democracy, tolerance and peace.

The word “genie” comes from the Arabic word djinn or Jinni. A spiritual creature from Islamic mythology, it’s believed they live in a parallel world to humans. Genie’s have become famous in Hollywood movies as wish-granting lamp-dwellers, but in Islam they share traits with angels, fairies, ghosts and other supernatural beings.

Moroccans have a strong belief in the jinn who have the ability to deceive and possess people. Some jinn are named like Aisha Kandisha, a beautiful female jinni associated with rivers and underground water sources.

10. You can go skiing in Morocco

Oukaimeden, 50 miles east of Marrakech in the Atlas Mountains, has a fully-functioning ski resort at 8,530 feet, and is considered to be a hidden gem amongst skiers.

5 Must See Sites in Havana, Cuba